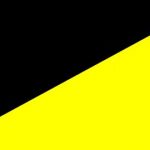 Switch On Off Sound Effect

In this rather annoying mechanical sound video, I recorded a light switch being turned on and off with my trusty Zoom H1n. I have one particular light switch in my house that has a rather satisfying click sound effect. So I decided to record the sound of that switch being turned on and off. One thing that I do not like about some sound effects is that the recording is too short and you have to press play a number of times to fully appreciate the sound of the switch turning on and off. So I have recorded that sound and put it as usual into a nice long video.

Light On, Light Off Video

I also thought that it might be nice to record a screen shot of the lights going off and turning on again on each click of the switch sound effect. As usual some may find this rather annoying, whilst others will enjoy what this annoying sound effect video has to offer.

Maybe, this video could also be used as a prank or joke? If you know someone who has a home voice hub (is that what they are called?). Maybe ask it to play this video at some obscure time in the early hours of the morning. I think you can set alarms this way on the hub?